People Mentioned in This Story
Louise I. Shelley
Body 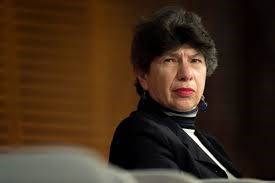 COVID-19 is directly linked to wildlife trafficking, and the efforts to control the spread of the virus are being hindered through the sale of counterfeit goods, said Louise Shelley, Schar School Professor and Director of the Terrorism, Transnational Crime and Corruption Center (TraCCC). Shelley was a featured speaker during a virtual event hosted Wednesday, May 6, by the Center for International Private Enterprise.

“This epidemic disease was started through zoonotic trade,” she said.

The trade of trafficked wildlife products in Chinese “wet markets” is where the virus originated, she explained. “The only way pangolins can end up in wet markets, or even in Asia, is through illicit trade and corruption in the supply chain,” said Shelley. (A pangolin is a scaly anteater.)

“The phenomenon that we need to be considering is how do we know that this illicit trade is moving underground instead of through Customs guards, legitimate online websites, and so on.”

“Online websites are selling medical goods that are actually counterfeits,” she said. “We have an illicit trade resulting in medical professionals not being protected.”

“The cyber community needs to be better in the future on vetting for counterfeits,” said Shelley. “Counterfeiting is not just a violation against large corporations, but it is an issue of human security and undermining global health.”