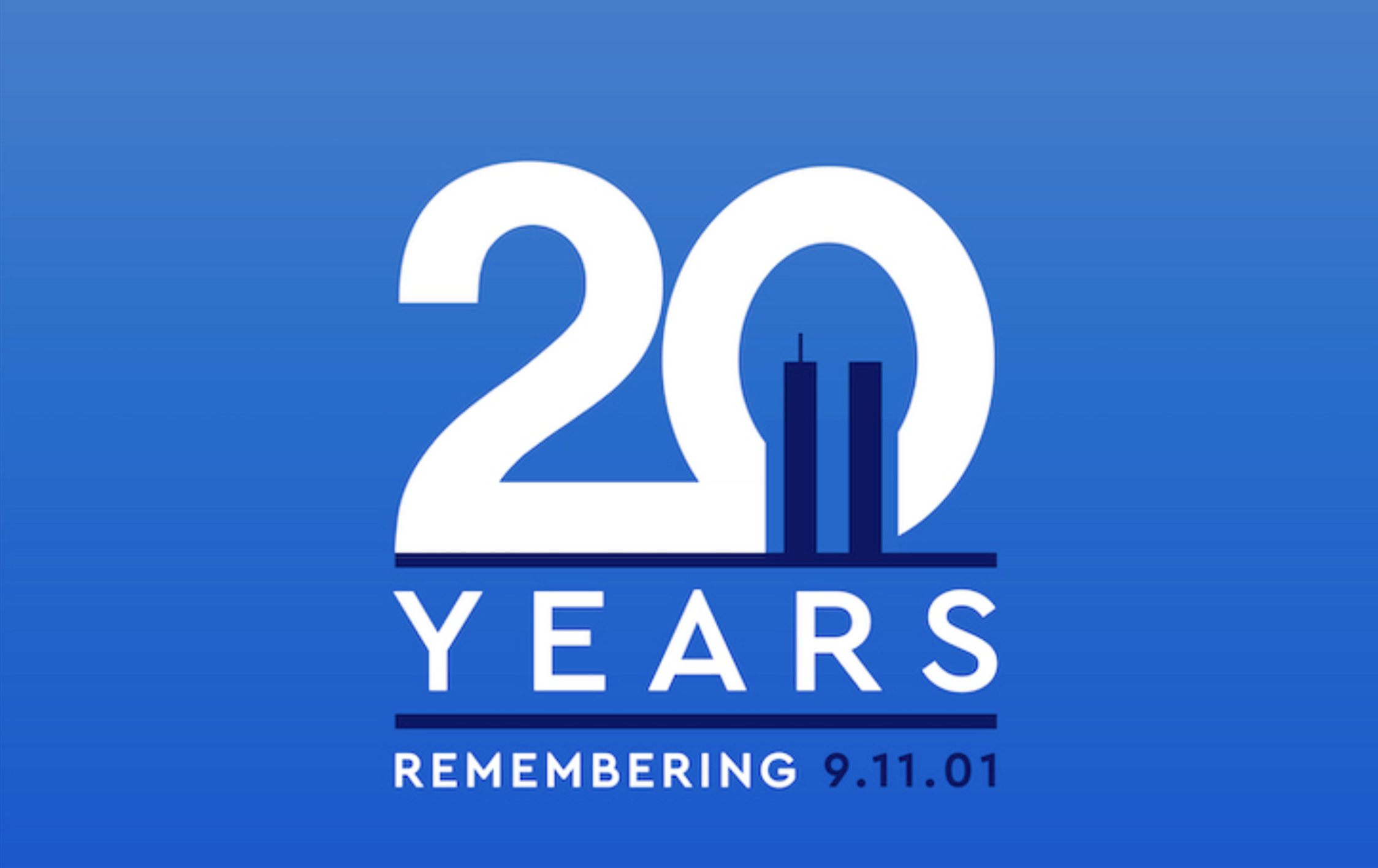 To mark the 20th anniversary of Sept. 11, we reached out to our colleagues at the Michael V. Hayden Center for Intelligence, Policy, and International Security and the Schar School of Policy and Government for their remembrances. Many of them have worked in the intelligence and policy communities and each has a unique perspective on a day that changed our world.

Larry Pfeiffer
Director, The Michael V. Hayden Center for Intelligence, Policy and International Security
I remember driving down MD Route 32 on my way to work at the National Security Agency—it was a beautiful clear sunny day—when I heard the reporters on the radio talking about a plane hitting one of the World Trade Center towers. Odd, I thought. Moments later, they reported the second tower had been hit. With that, I knew the United States was under attack. I rushed to the office, where I helped manage the NSA’s relationships with foreign intelligence services. My chore that day was to get a message to all of our foreign partners that we were under attack and needed their help. At some point we sent everyone home, fearing an attack on our headquarters in Maryland. As I was completing the message to our partners, by myself in the office, a security guard came in waving her service revolver around asking why I was still there. I asked her to put the gun down and give me a few more minutes to finish what I was doing. The mission of the U.S. intelligence community changed dramatically on that day as we retooled to fight a global war on terrorism. I had the privilege of working alongside some incredible men and women through the rest of my career, doing what I could to avoid a repeat of 9/11 and to keep America safe.

Ronald Marks III
Former CIA case officer
Visiting term professor, Schar School of Policy and Government
On 9/11, I was about to leave home for a meeting at Army Intelligence when I saw on television the second plane hit the World Trade Center. Immediately, I called my wife who worked at CIA. I could not reach her. After a very long hour, she arrived home shaken, but safe. I hugged her for a long time. 9/11 destroyed the pretense any nation state had impermeable borders and boundaries in the 21st century. And that America, a 20th-century nation, must quickly adjust to the new realities.

Ellen Beth Laipson
Director, Center for Security Policy Studies
The attacks of Sept. 11 transformed the national security priorities of the United States in fundamental ways. Defining terrorism as the greatest threat to our security led to many structural and legal changes. In hindsight, many of those actions appear to be an overreaction, or steps where the costs outweighed the benefits. Those costs are not just financial. They are human, in the warzones, and social, in the delicate balance in our system between basic rights and civil liberties and government's requirements to prevent terrorist attacks. This 9/11 anniversary is a sober one as we try to assess the long-term impact of our engagement in Afghanistan, and the residual threat that al-Qaeda may still pose to Americans at home and abroad.

Edward Rhodes
Professor, Government and International Affairs
I was blithely at home writing a lecture about American foreign policy when my sister-in-law emailed me. I turned on the television just in time to watch the first World Trade Center tower collapse, and then the second tower. l don’t remember how long after that it was before the screen shots came in from Arlington, showing a gaping void in the part of the E-ring of the Pentagon, where I had once worked. The next day, from my fifth-floor office windows, 30 miles from Manhattan, I watched the plume of smoke still rising from the spot on the horizon where I used to see the tops of the towers. All of these are unforgettable images, burned in my brain. But it’s this last image, of the plume of smoke, that is probably most telling. Metaphorically, for the last 20 years, we have all been watching that plume of smoke, unable to look away. Sadly, we’ve never succeeded in understanding the human fire that caused that smoke; as a nation, we’ve never really understood the fuel, the oxygen, or the matches that create these fires, and despite enormous effort, we’ve certainly not understood how to put them out or prevent them from starting. Perhaps now, though, with our withdrawal from Afghanistan we can complete our grieving process and put our anger behind us, and turn our attention to the collective, constructive tasks we are called upon to undertake, to come together as a diverse national society and to preserve a livable world.

Ming Wan
Professor, Government and Politics
Associate Dean, Schar School of Policy and Government
I remember 9/11 as if it were yesterday, in slow motion. I was working in the basement of my Fairfax home, when my elder brother called me from New York City to say he was okay. “Why should I think you are in danger working in Wall Street?” I asked. He replied, “Turn on the TV.” Shortly afterwards, my younger brother and sister-in-law knocked on the door. They were dropping by after seeing her parents off at Dulles Airport. They had been in the dark about the attacks. We found out together on CNN that the plane that had crashed into Pentagon was the one their parents were on. My wife, who worked in a building not far from the White House, was somewhere trying to reach home. A real estate agent called out of blue to see if we would be interested in selling our house. The houses in our neighborhood had apparently been selling like hotcakes. “Shame on you,” I yelled. I cancelled my class for the next day.

A. Trevor Thrall
Associate Professor, International Security
Twenty years ago, a small group of hijackers shocked the United States and taught Americans to fear terrorism. I will never forget how we saw the best in our country as people rallied together to recover. Sadly, however, the events of 9/11 also unleashed America’s violent side. Instead of focusing on Al Qaeda, the United States launched a global war on terror under the illusion that terrorism was something that could be defeated militarily—at a staggering cost in lives and national treasure. Now that American troops have come home from Afghanistan, the United States can honor the victims of terrorism while starting a new and more peaceful chapter of our history.

Colin Dueck
Professor, Government and Politics
In the years just before 9/11, I used to see the World Trade Center from my apartment window in Brooklyn. The events of that day were not only shocking, they reoriented U.S. foreign policy toward a new counterterrorism posture around the world. Over time, that posture involved many frustrations and mistakes. But we would do well to remember that Salafi-jihadist terrorists have not given up on their ideology or their ambitions. On the contrary, they see themselves as having succeeded in pushing America out of Afghanistan. The challenge for the United States will be to find a path moving forward that protects U.S. citizens and allies from terrorist attack, without exhausting the American public and its elected leaders.

Richard Kauzlarich
Distinguished Visiting Professor
U.S. Ambassador (ret.)
It is impossible to express my feelings of loss—for friends whose brother died in New York on 9/11, and people I do not know living that day over and over in their memories. In part, we saw the legacy of that day play out with the recent U.S. withdrawal from Afghanistan. As a former U.S. Ambassador to Azerbaijan and Bosnia and Herzegovina, I worry about how the rest of the world will see those two events impacting on the U.S. role in the world.

Mark N. Katz
Professor, Government and Politics
After I finished teaching my 9 a.m. class on Sept. 11, I walked across the Fairfax Campus to the Aquatics and Fitness Center on what I thought was an especially beautiful morning to do some exercise. There was a big screen television in the lobby with more than the usual number of people watching, but I didn't pay any attention to what was on. While riding an exercise bike, though, I could see in the lobby that more people had gathered to watch. I went to the lobby and learned the awful news. I walked back to my office with the sense that this was the beginning of a new, more ominous world. One of my students, an Army reservist, came by my office to say he expected to be called up and wanted to arrange to do his course work on an accelerated basis. I would also learn that one of my former students working in the Pentagon that day had survived. The sense of security that followed the collapse of communism in 1989-91 was gone.