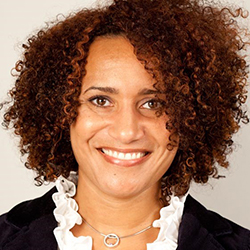 Public funds that might be spent on education, infrastructure, and health care, among other programs, are diverted into an increasingly voracious criminal justice system that, ultimately, creates a negative impact on the lives of the incarcerated, their families, and their communities, particularly for those reentering society after incarceration.

That issue and others regarding the state of the prison system in the U.S. are the topics of a conversation called “Convicted and Condemned: The Politics and Policies of Prisoner Reentry,” hosted by the Schar School’s Race, Politics, and Policy Center (RPPC) and featuring Howard University Associate Professor Keesha M. Middlemass, who published a 2017 book of the same title. 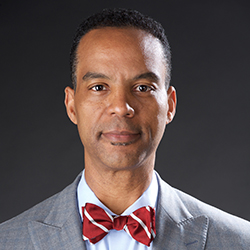 Studies show that two factors serve as big deterrents to crime for those formerly incarcerated. “Thousands of people reenter society every year in the state of Virginia, and to improve public safety and reduce the potential for new criminal activity, the reentering population needs to have the opportunity to access housing and employment. The negative impact when people are not provided a chance to [successfully] reenter includes increased homelessness.”

Not surprisingly, “racial disparities in who is incarcerated and who reenters disproportionately impacts Black communities,” she added. “When individuals fail to reenter, there are other costs, including re-incarceration and the negative impact on children, families, and communities.”

As for job opportunities, obstacles abound.

“Employment restrictions are numerous and are across all employment sectors,” she said. “Adults with a felony conviction are denied the right to work in the public sector, such as in public education, and licensing boards add administrative hurdles to get a professional or occupational license, which increases the likelihood of denial.”

This discussion, she said, is important to have amid a political climate in which “little is being done about the policies embedded in statutes outside of the criminal and sentencing statutes.