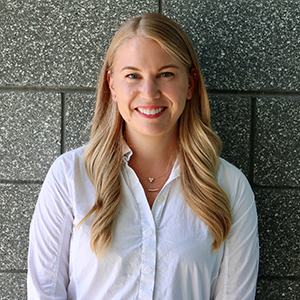 Assistant Professor, Director of the Law and Policy Learning Community

Ally Coll is an assistant professor of legal studies and the director of the Jurisprudence Learning Community at the Schar School of Policy and Government. She is also president and co-founder of the Purple Campaign, a nonprofit organization whose mission is to address workplace harassment.

An attorney and a nationally recognized expert, thought leader, writer, and public speaker on the #MeToo movement and gender equality in the workplace, her writing has been published in the Washington Post, Fortune, PBS NewsHour, Law360, Roll Call, Bloomberg Law, the Harvard Journal on Legislation, the Hill, and Jezebel.

After earning her BA in history and political science magna cum laude from Tulane University in 2007, Coll worked for several years in electoral politics and in Congress. From 2007 to 2008, she was an organizer on Barack Obama’s presidential campaign in Iowa, Colorado, Nevada, Nebraska, and Ohio. In 2010, she was the statewide field director for U.S. Senator Patty Murray’s (D-WA) successful re-election campaign. In 2011, she became Murray’s political director and U.S. Senator Maria Cantwell’s (D-WA) statewide finance director. In 2012, Coll was the statewide field and voter protection director on U.S. Senator Tim Kaine’s (D-VA) successful bid for the U.S. Senate. She served as press secretary on the U.S. Senate Budget Committee in 2013.

After graduation, Coll joined the legal department of Hillary Clinton’s presidential campaign in the Brooklyn headquarters. As the campaign’s deputy voter protection director, she managed the campaign’s volunteer lawyer program, national voter assistance hotline, and oversaw Election Day legal operations in the battleground states. After the election, Coll worked as elections counsel on the U.S. House Administration Committee before joining the law firm Boies Schiller Flexner as a litigation associate in April 2017.

Coll had been working at Boies Schiller for about six months when the New Yorker revealed that the firm had retained Israeli intelligence operatives to spy on the women coming forward with their stories about Hollywood mogul Harvey Weinstein. Coll—who had just shared her own #MeToo story in the Washington Post a week earlier—took on a leadership role internally to advocate for specific steps the firm should take in response. A few months later, she left Boies Schiller to launch the Purple Campaign, writing about her decision in an op-ed in the Washington Post on January 25, 2018, titled “Why I left my corporate legal job to work full-time on #MeToo.”

Since its founding, Coll has continued to lead the Purple Campaign’s efforts to create stronger corporate policies and establish better laws to address workplace harassment.