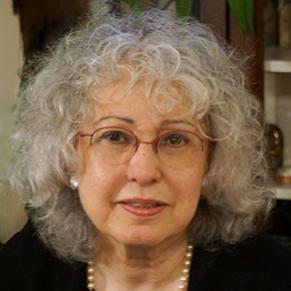 Char Mollison is Senior Fellow of the Center on Nonprofits, Philanthropy and Social Enterprise and a member of the Affiliated Faculty at George Mason University. She is also Senior Fellow of the Center for Advanced Governmental Studies at Johns Hopkins University and a member of the adjunct faculty there and at American University’s School of Public Affairs. Since 1997 she has taught graduate courses in nonprofit management, philanthropy, executive leadership, ethics, governance, and international NGO management and policy, both online and in the classroom.

She has over 35 years of experience leading, managing and advising nonprofit organizations. As a consultant, she has advised government officials, nonprofit executives and boards in the U.S. and abroad, including Eastern and Central Europe, Latin America, China, Central Asia, Bangladesh and Africa. She is a Fellow of the Salzburg Global Seminar on the subject of nongovernmental organizations and civil society.

Her career began in 1977 at a national advocacy organization called WEAL where she staffed a national toll-free hotline for complaints of discrimination against women in sports. Later, as WEAL’s executive director, she developed the team of volunteers and staff and raised the financial support that resulted in several new laws relating to women’s legal and economic advancement. For the next 17 years she held senior positions at the Council on Foundations, an association of grantmakers, and at Independent Sector, a coalition of US-based nonprofits and philanthropies.

She is currently Board Chair for CAF America, part of a global network managing the international grantmaking of corporate, foundation and individual donors. She is the immediate past Board Chair for the Wise Giving Alliance which sets standards for nonprofit organizations.

Her other board service includes Palisades Village, a neighborhood-based nonprofit to help older people stay in their own homes as long as possible. Until recently, she served on the board of New Faculty Majority Foundation, dedicated to research and public information about the working conditions of adjunct and contingent faculty. Her other past board service includes Planned Parenthood of Metropolitan Washington and the House of Ruth, a nonprofit that serves homeless women and their children. She was a founding board member of Partners of Tanzania’s Relief and Development, an NGO that supports programs in some of the poorest, rural areas in Tanzania.

She earned her undergraduate degree at Michigan State University where she was a co-founder, editor and reporter for “The Paper,” an independent, nonprofit community newspaper (part of the underground press movement in the U.S.) covering issues ignored by the commercial press.

Later she earned her master’s degree in comparative literature from the Graduate Center of the City University of New York.

Her late husband was Andy Mollison, an award-winning journalist, a president of the National Press Club, and part of the team at the Detroit Free Press that won a Pulitzer Prize for covering the urban protests after the death of Martin Luther King Jr. In his retirement, Andy became a leader regionally and nationally in the aging-in-place movement. With her big orange tabby cat, Char still lives in their 1926 Sears bungalow in the Palisades neighborhood of Washington, DC. An opera and baseball fanatic, she gives talks about opera to other fanatics and follows the minutia of the Washington Nationals baseball team.