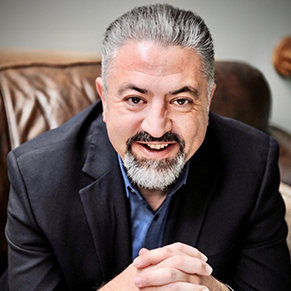 A seasoned executive and international consultant with more than 25 years of advocacy, business, and government relations experience, David Ramadan served two terms in the Virginia House of Delegates (2012-16). His finesse for cultivating relationships and working across the aisle has enabled him to advise political candidates for president, governor, the U.S. Senate, and the U.S. House.

Ramadan emigrated to the United States from Lebanon in 1989 after attending International College in Beirut. He graduated from Mason with a bachelor’s degree in government and politics, and a master’s degree in international trade and transactions. Ramadan completed graduate studies at Oxford University, the American Graduate School of Business in Geneva, Johns Hopkins University, and Georgetown University. He earned a Doctor of Education degree in leadership and learning in organizations at Vanderbilt University.

Ramadan is frequently quoted in national publications such as the New York Times, the Hill, the Washington Post, the Richmond Times-Dispatch, and the Roanoke Times. He also makes frequent appearances on television and radio, including CNN, NPR, France 24, Al Arabiyah, and MTV Lebanon.