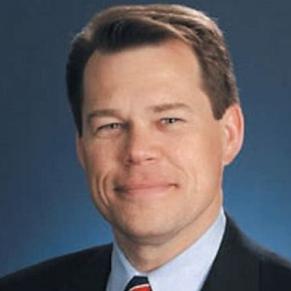 David Rehr is a professor and director of the Center for Business Civic Engagement (cbce.gmu.edu) in the Schar School of Policy and Government at George Mason University. He teaches Advocacy, Nonprofit Leadership, and Understanding Special Interest Groups.

Rehr has more than 25 years of experience in advocacy, governance, and public policy. He is one of the nation’s top authorities on communicating with the U.S. Congress and is an expert in the nonprofit association sector.

His eBooks, Cutting through Congressional Clutter – Proven Ideas and Tips to Gain Influence and be Heard and How to Lead Better Meetings and Enhance Your Organizational Effectiveness offer proven tips to understanding how Congress works and how to make meetings work better. He is also the author of Creating the Right Association Culture, which examines ideas on how to create an association culture that position’s the enterprise for success. Another eBook, 8 Traits of an Exceptional Association CEO, is gleaned from research, life experiences, and interactions with some of the most successful association leaders in the country. The measurement mandate: How associations measure their Performance researches the state of association performance indicators. His next eBook focuses on branding and positioning your organization, issues, and yourself.

Rehr previously served as president and CEO of the National Association of Broadcasters (NAB). There, he was a strong advocate for radio and television broadcasters—meeting with policymakers, testifying before Congress, and bringing innovation to the organization. At NAB, Rehr was a leading advocate for innovation and advancement in the broadcast business, spearheading a multimillion-dollar technology advocacy program for broadcasting, leading the TV industry’s $1.2 billion digital television (DTV) transition marketing campaign, and initiating Radio 2020, an initiative that ensured radio’s value would be recognized well into the future through the Radio Heard Here campaign.

Before joining the NAB, Rehr was president of the National Beer Wholesalers Association (NBWA). Under his leadership, NBWA’s visibility in the advocacy community soared, and the association was ranked as one of the top 10 most influential lobbying organizations by Fortune magazine. He started his career in advocacy on the staff of the National Federation of Independent Business (NFIB) after working as a professional staff member to the U.S. House of Representatives Small Business Committee and for former member of Congress, Vin Weber of Minnesota.

Rehr has been named to Washington Life magazine’s Power 100 list and has been listed as a Top Association Lobbyist by one of Congress’ “must read” publications, the Hill. He has also been featured in Beachum’s Guide to Key Lobbyists and has been named one of the top 20 most influential people in radio by Radio Ink magazine.

Rehr is the author of The Congressional Communications Report, landmark research on communication methods and preferences of congressional offices, their staff, and those working to influence them, now in its 3rd edition. He is also the principal researcher of “The Honest Leadership and Open Government Act – Five Years Later” (a review of lobbying disclosure laws) and the “2013 Factors of Influence Report” (which measured lobbying firm effectiveness). In January 2013, Rehr released the results of the “Social Election Media,” which looked at the impact of social media on the presidential election. He also authored research on “Congressional Attitudes Toward American Economic Institutions” and co-authored “Trends in Business Political Action Committees: 2013-2014 Election Cycle.” Rehr released his first book, From Analog to Digital Television – The Greatest Public Relations Initiative in TV’s History, in 2018, documenting how the historic technology transition took place.

Rehr has presented to leaders all over the world, including senior executives at the Business Roundtable on communicating with the U.S. Congress, the U.S. Chamber of Commerce on “Branding your Association,” and “Think Big and Deliver – Innovation” before Equifax Corporation’s global leadership retreat. Rehr has appeared or has been quoted in major U.S. media outlets, including FOX News, CNBC, Sinclair, Fox Business, and the Wall Street Journal. He has also appeared internationally on Canal Plus (French Television), Canadian Radio Corporation, on one Ankara English television.

Prior to joining the Schar School, Rehr was senior associate dean and professor as the Antonin Scalia Law School at Mason. He started his academic career as a professor at The George Washington University’s Graduate School of Political Management (GSPM).

Rehr founded and serves as CEO of TransparaGov, Inc., a privately held company with a mission to bring transparency and real-time information tools to state and local government leaders to encourage stewardship of resources. He is also president of the TransparaGov Educational Foundation.