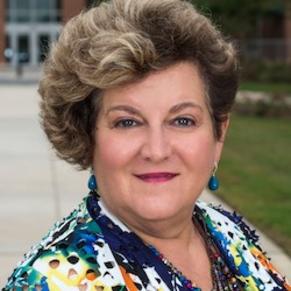 University Professor, Director of the Center for Advancing Correctional Excellence!

Faye S. Taxman is University Professor at the Schar School of Policy and Government. A health services criminologist, she is an expert in implementation and intervention sciences where she has conducted various experiments to determine which processes will improve access to treatment and retention, and to formulate and assess new models of probation that is consistent with current evidence-based practices.

Taxman is the founding director of the Center for Advancing Correctional Excellence! (ACE!), which conducts collaborative and creative research to bring evidence-based practices and treatment to practitioners and policymakers in the criminal justice and health fields.

Taxman has more than 220 published articles, and currently serves as Principal Investigator for the National Institute of Drug Abuse’s (NIDA’s) Justice Community Opioid Innovation Network (JCOIN) – part of NIDA’s $141-million-dollar investment in justice-health research. She is also the author of numerous books, such as Implementing Evidence-Based Community Corrections and Addiction Treatment (with Steven Belenko, Springer, 2012) and Handbook on Moving Corrections and Sentencing Forward: Building on the Record (with Pamela Lattimore and Beth Huebner, Routledge Press, 2020).

She has a PhD from Rutgers University School of Criminal Justice.