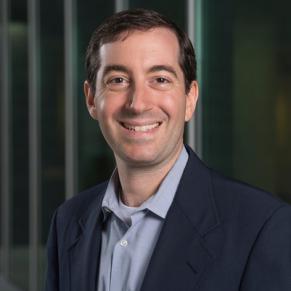 Gregory D. Koblentz is an associate professor and director of the Biodefense Graduate Program at George Mason University's Schar School of Policy and Government.

The Biodefense Graduate Program is a multidisciplinary research and education program designed to prepare students to work on issues at the nexus of health, science, and security and bridge the gap between science and policy. Koblentz also directs the Virtual Summer Workshop on Pandemics and Global Health Security at the Schar School.

Koblentz is an associate faculty at the Center for Security Policy Studies at Mason and a member of the Scientist Working Group on Biological and Chemical Security at the Center for Arms Control and Non-Proliferation in Washington, DC. In 2016, he briefed the United Nations Security Council on the impact of emerging technologies on the threat posed by non-state actors armed with weapons of mass destruction. He serves as a pro bono advisor for the Open Society Justice Initiative and DARPA, as a consultant for the Stimson Center on their cheminformatics program, and is a member of the Biothreat Advisory Board of Heat Biologics.

Prior to arriving at Mason, Koblentz was a visiting assistant professor in the School of Foreign Service and Department of Government at Georgetown University. He has also worked for the Executive Session on Domestic Preparedness at the John F. Kennedy School of Government at Harvard University and the Nuclear Non-Proliferation Project at the Carnegie Endowment for International Peace.

He received a PhD in political science from the Massachusetts Institute of Technology and a MPP from the Harvard Kennedy School.