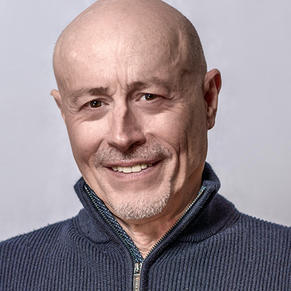 Hilton Root is a policy specialist in political economy and international development, and a member of the faculty at the George Mason University Schar School of Public Policy and Government.

His other academic appointments include: visiting professor at University of International Business and Economics (UIBE); senior research professor at King’s College London; visiting senior fellow at the Institute for Economic Affairs (IEA) London; faculty member at the California Institute of Technology, University of Pennsylvania, and Stanford University; Freeman Visiting Professor of Economics at Pitzer College, and senior fellow at Claremont Graduate University. Root was director and senior fellow of Global Studies at the Milken Institute, and senior research fellow and director of the Initiative on Economic Growth and Democracy at the Hoover Institution.

He has completed projects in more than 25 countries. As team leader of “Enhancing Government Effectiveness,” a USAID-funded program, he directed projects in five Muslim-majority countries: the West Bank/Gaza, Morocco, Indonesia, Pakistan, and Yemen. He has helped re-engineer the Planning Commission of the Government of Pakistan in 2010-11, a USAID/CSF-Pakistan initiative on intergovernmental finance and devolution. In 2013-14, he prepared Systems Modeling Support for Diagnostics, for the Department for International Development (DFID) Nepal’s New Economic Reform Program. He advises the Overseas Development Institute (ODI) on the use of complex system models for development assistance.

Root has lectured extensively and has authored more than 200 publications, including nine books. He latest book, Network Origins of the Global Economy: East vs. West in a Complex Systems Perspective, was published by Cambridge University Press in 2020. Recent op-eds have appeared in the Diplomat, National Interest, Real Clear World, and U.S. News and World Report. His writings have been translated into French, Chinese, Greek, Korean, Japanese, and Vietnamese.

He has been awarded honors for The Key to the East Asian Miracle: Making Shared Growth Credible (with J. Edgardo Campos), which won the 1997 Charles H. Levine Award for Best Book of the Year from the International Political Science Association. The Social Sciences History Association awarded him the 1995 Best Book prize of its Economic History Section for The Fountain of Privilege: Political Foundations of Markets in Old Regime France and England. From the American Historical Association, he received the Chester Higby Prize 1986 for the Best Article among those published for two consecutive years.

Root received his PhD from the University of Michigan in 1983.