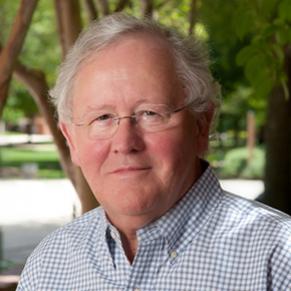 Hugh T. Sockett is professor emeritus of policy and government working in the Schar School of Policy and Government. His PhD is in philosophy of education from the University of London.

After Oxford, he taught high school in London for five years and then entered college and university teaching in London, moving to Cambridge and then Northern Ireland before becoming dean of education at the University of East Anglia.

He came to George Mason University after study leave at the University of Chicago and thereafter founded the Institute for Educational Transformation in 1991. He joined the Department of Public and International Affairs in 1999, which later merged with the School of Public Policy in 2014 to become the Schar School of Policy and Government.

His primary current interests are in the relationship between knowledge and virtue in professional teaching, the contribution of virtue ethics to philosophy of education, and the teaching of democracy to undergraduates.

He has published numerous articles and six books. He coedited the 112th Yearbook of the National Society for the Study of Education in 2013, A Moral Critique of Contemporary Education.