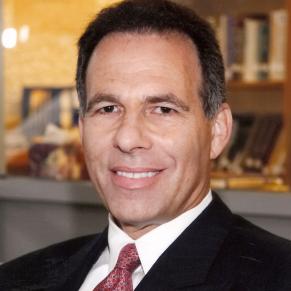 Jack A. Goldstone is the Virginia E. and John T. Hazel, Jr. Chair Professor of Public Policy at George Mason University. He is also a Senior Fellow of the Mercatus Center, a Global Fellow at the Woodrow Wilson Center, and Director of Schar’s Center for the Study of Social Change, Institutions and Policy (SCIP).

Previously, he served on the faculty of Northwestern University and the University of California, and has been a visiting scholar at Cambridge University, Stanford University, and the California Institute of Technology. He has received the Distinguished Contribution to Scholarship award from the American Sociological Association, the Arnoldo Momigliano Prize, the Barrington Moore Jr. Award, the Myron Weiner Award, and fellowships from the J.S. Guggenheim Foundation, the MacArthur Foundation, the U.S. Institute of Peace and the Mellon Foundation. He recently served as the Richard C. Holbrooke Distinguished Visitor to the American Academy in Berlin.

Recognized as one of the world’s leading authorities on revolutions and social change, Goldstone contributed to the National Intelligence Council’s “World 2030” report, the Bertelsmann Foundation’s “Global Megatrends” project and the U.S. Holocaust Museum’s Genocide and Atrocity Prevention Task Force. He led a U.S. National Academy of Sciences study of USAID democracy assistance, and has worked with USAID, DIFD, the World Bank, and the U.S. State and Defense Departments on developing their operations in fragile states. A life member of the Council on Foreign Relations, he also served on the Advisory Board of the Council’s Center for Preventive Action. He has been an Academic Fellow of the European Policy Council, a member of the Research Council of the International Forum of the National Endowment for Democracy, and serves on the U.S. State Department’s Advisory Council on Stabilization Operations.

Goldstone’s research focuses on conditions for building democracy and stability in developing nations, particularly the impact of global population changes. His 2010 essay in Foreign Affairs, The New Population Bomb, analyzed the impact of aging and youth bulges on the global economy and international security, and was one of the most downloaded and viewed essays in recent years. His latest book is Revolutions: A Very Short Introduction for Oxford’s widely read VSI series. He blogs on global trends and world events at www.newpopulationbomb.com.

He received his BA, MA, and PhD from Harvard University.