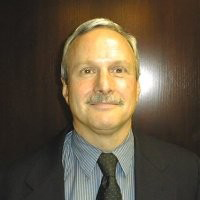 Jason Hall serves as executive director of the Cold War Museum, whose three main goals are to honor the service of those who had professional roles in the Cold War; to make sure that coming generations understand the significance of the Cold War; and to use Cold War history to show how intelligence supports our policy, diplomacy, and military action.

Prior to establishing Public Trust Strategies in 2008, Hall served as director of government and media relations for the American Association of Museums (AAM) from 1991 to 2007. He joined AAM after working as acting director of publications and acting director of public affairs at the National Endowment for the Arts (NEA). From 1982 to 1989, he served as director of Congressional affairs for the National Endowment for the Humanities (NEH). Before that, he served as a senior legislative assistant to the late Senator John Heinz from 1980 to 1982, and was a grants officer at NEH from 1977 to 1980, advising applicants on how to write more competitive proposals and choosing and participating in peer review panels recommending grant applications.

In addition to consulting, Hall is an adjunct faculty member in the Schar School of Policy and Government where he has taught in the Master’s of Public Administration program since 2003. He teaches required courses on ethics for public administrators and on collaborative governance, and elective courses on association management, public relations and marketing for nonprofits, consulting, and lobbying and the media.

A former Certified Association Executive (CAE), Hall has served on the board of the American Society of Association Executives and on the Public Policy Committee of Independent Sector. He currently serves as secretary on the board of the Cold War Museum. The author of AAM’s book, How to Be Your Museum’s Best Advocate, Hall also was the lead AAM staffer for the development of the organization’s ethical guidelines on borrowed objects, and supervised two national public opinion studies on museums.

Hall earned his bachelor’s degree from Harvard University, and his doctoral degree in modern European intellectual history from the University of Michigan.