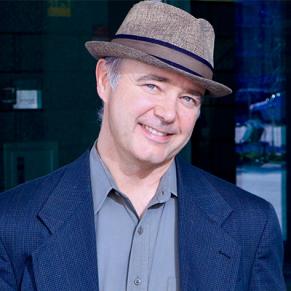 Jeremy Mayer is an associate professor in the Schar School of Policy and Government at George Mason University, where he also directs the masters and PhD programs in political science. He is the author of Running on Race: Racial Politics in Presidential Campaigns 1960-2000 (Random House 2002) as well as the brief textbook 9-11: The Giant Awakens (Wadsworth 2002, 2nd edition 2006), and American Media Politics in Transition (McGraw Hill 2006) and coauthor of African American Statewide Candidates in the New South (Oxford 2022), The South and the Transformation of U.S. Politics (Oxford 2019) Closed Minds? Politics and Ideology in Higher Education (Brookings 2008). He has written articles on diverse topics such as presidential image management, Christian right politics, public opinion and torture, and comparative political socialization, in journals such as Presidential Studies Quarterly, Social Science Quarterly, and The Historian. From 2001-2003 he served as a visiting assistant professor at Georgetown University, from which he received his Ph.D. in 1996. He taught previously at Kalamazoo College in Kalamazoo, Michigan, where he won a campus-wide teaching award. Dr. Mayer is a recipient of the Rowman & Littlefield Award in Innovative Teaching for the American Political Science Association, the only national teaching award in political science. He is also the only two time recipient of the alumni faculty award at the Schar School, and in 2018 he received the Don Lavoie Teaching Award from the faculty. He has also studied politics at Oxford, Michigan, and Brown. Dr. Mayer has trained new American diplomats and ambassadors for the State Department at their Foreign Service Institute since 2002. He has spoken on behalf of the State Department in Germany, Moldova and Mexico, as well as regularly to visiting foreign delegations in Washington. He has offered political commentary to major networks, including the World News Tonight, BBC, Fox News, Sky News, PBS’s Newshour, NPR, CNBC, and local affiliates, as well as many national newspapers.