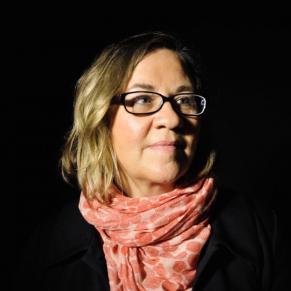 Burt has published widely on political violence, state-society relations, human rights and transitional justice in Latin America. Her early research focused on state and insurgent violence in Peru, and civil society responses to violence and violent actors. This was the subject of her 2007 book, Silencing Civil Society: Political Violence and the Authoritarian State in Peru (Palgrave), which received an honorable mention for the WOLA-Duke Book Award for Human Rights in Latin America, and which was published in Spanish as Violencia y Autoritarismo en el Perú: Bajo la sombra de Sendero y la dictadura de Fujimori (Instituto de Estudios Peruanos, 2009; 2nd expanded edition, 2011). She is also co-editor of Politics in the Andes: Identity, Conflict, Reform (University of Pittsburgh Press, 2004).

In recent years, Burt’s research has focused on the ways post-conflict societies confront demands for justice and accountability after atrocity. She engaged in research and advocacy in close collaboration with local human rights organizations in relation to several high-profile human rights trials in Latin America, including the 2009 trial of the former president of Peru, Alberto Fujimori, and the 2013 genocide trial of former dictator of Guatemala, Efraín Ríos Montt. She organized international observation missions to these trials, prepared public reports on ongoing developments, and advocated on behalf of the rights of victims to access justice in these and other cases. As a research consultant for Open Society Justice Initiative, she writes about war crimes prosecutions in Guatemala for International Justice Monitor. She also is part of a collaborative, Verdad y Justicia en Guatemala, that publishes reports on war crimes trials in Guatemala on social media in Spanish.

Burt has been an expert witness in several cases of human rights violations before the National Criminal Court of Peru, before the Inter-American Court of Human Rights, and in immigration courts in the United States involving both asylum cases and cases of suspected war criminals who face extradition or deportation proceedings from the United States. In 2011, the Government of Peru recognized her with the Award in Merit, in the Grade of Grand Official, for Distinguished Service in Defense of Democracy, Rule of Law, and Human Rights in Peru.

Burt is an active member of professional associations including the International Studies Association (ISA), the Law and Society Association, and the Latin American Studies Association (LASA). She was appointed as one of the program co-chairs for the LASA Congress for 2020, scheduled to be held in Guadalajara, Mexico. She was elected to serve a two-year term on LASA’s Executive Council from 2016-18, and served as co-chair of the Committee on Academic Freedom and Human Rights from 2016-19. She is a member of the international advisory boards of the Peruvian Forensic Anthropology Team (EPAF) and the Luz Ibarburu Human Rights Observatorio in Uruguay. Between 1995 and 2000, Burt was editor of NACLA Report on the America, the largest English-language publication on Latin America.

Burt received her PhD in political science from Columbia University in 1999.