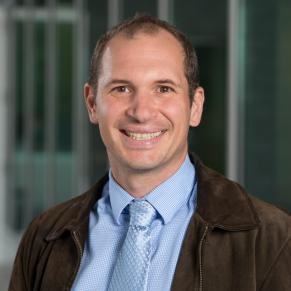 Matthew Scherer is an associate professor of government and politics in the Schar School of Policy and Government at George Mason University. He directs the undergraduate program in philosophy, politics, and economics, and teaches courses in ancient, modern, and contemporary political theory, as well as constitutional law.

He has held appointments as a research fellow at Georgetown University’s Berkley Center for Religion, Peace & World Affairs; as a Patrick Henry postdoctoral fellow for the study of early American politics in the departments of history and political science at Johns Hopkins University; and as an Andrew W. Mellon Postdoctoral Fellow in the Humanities in the Department of Rhetoric at the University of California, Berkeley.

Scherer’s current research follows two main tracks: one examines the emergence of American secularism in colonial and revolutionary periods, and the other focuses on the global production of “secularism” and “religion” in political modernity. The working title of his current book-length project is Modern Exceptions.