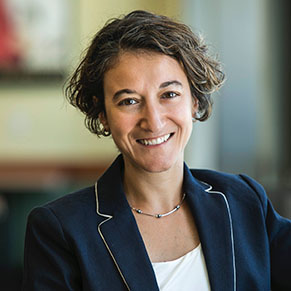 Nadine Kabbani, Ph.D., is an Associate Professor of Systems Biology at George Mason University and an affiliate in the Interdisciplinary Program in Neuroscience and the Schar School for Policy and Government. Her research focuses on the study of human development and disease at multiscale: from genes to organisms. She is also interested in the emerging role of science and technology and has served as a Science & Technology Policy Fellow for the American Association for the Advancement of Science. She is an author on 60+ published works including research articles, book chapters, and reviews. Her studies have featured in several news outlets including the LA Times and Newsday. She serves as an editor in the Springer Book Series and on the editorial board of several scientific journals including Frontiers and the International Journal of Biochemistry and Cell Biology.