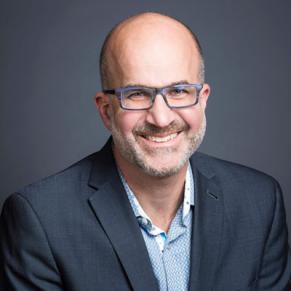 Philip Auerswald is an associate professor at the Schar School of Policy and Government. His work is about entrepreneurship, technology, and innovation in a global context. He is most recently the author of The Code Economy: A Forty-Thousand-Year History (Oxford University Press, 2017), a book about how the advance of code has driven the development of human society over the span of millennia. He currently serves as the cochair and executive director of the Global Entrepreneurship Research Network, an initiative of the Kauffman Foundation. He is also the cofounder and coeditor of Innovations, a quarterly journal about entrepreneurial solutions to global challenges published by MIT Press. In June 2013, he led the launch of the National Center for Entrepreneurship and Innovation, an organization dedicated to using the National Mall in Washington, D.C., as a platform to celebrate and support entrepreneurship and innovation. He has blogged and written op-eds for Harvard Business Review, Forbes, the International Herald Tribune, and the San Francisco Chronicle; has been quoted in the Washington Post, the Wall Street Journal, the Boston Globe, and Slate; and has been interviewed on CBS News Sunday, NPR, and Fox, among other outlets.

Prior to joining the faculty at George Mason University, Auerswald was a lecturer and assistant director of the Science, Technology, and Public Policy Program at the Kennedy School of Government, Harvard University. His previous books include The Coming Prosperity: How Entrepreneurs Are Transforming the Global Economy (Oxford University Press, 2012); Seeds of Disaster, Roots of Response: How Private Action Can Reduce Public Vulnerability (Cambridge University Press, 2006), and Taking Technical Risk: How Innovators, Executives, and Investors Manage High-Tech Risks (MIT Press: 2001). He was also the editor of Iraq: 1990-2006: A Diplomatic History Through Documents (Cambridge University Press, 2009) and other collections related to United States foreign policy.

Auerswald holds a PhD in economics from the University of Washington and a BA in political science from Yale University.