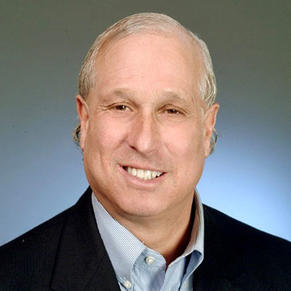 Stuart Malawer is a Distinguished Service Professor of Law and International Trade in the Schar School of Policy and Government at George Mason University.

He was a member of the Virginia governor’s trade missions with Governors Warner and Kaine to China, India, and Japan. In recent years, he has travelled to Russia, Dubai, Brazil, Cambodia, Indonesia, Thailand, and Malaysia. Malawer was awarded the Hardy Cross Dillard Award by the Virginia State Bar, served as chairman of its International Practice Section, and special editor of Virginia Lawyer.

Malawer has published four books on global trade law, national security law, and the World Trade Organization Law and litigation. Most recently, he published articles on the U.S.-China trade litigation and cybersecurity and on President Trump’s trade policy and trade challenges for the new Biden administration. He was appointed as the only American editorial board member of the new journal China and WTO Review published in Korea. Malawer was a gubernatorial appointee (by Governor Kaine) to the Board of Directors of the Virginia Economic Development Partnership and was appointed by Governor McAuliffe and reappointed by Governor Northam to the Virginia International Trade Advisory Committee (as part of the Virginia Economic Development Partnership).

Malawer was the principal investigator of a recently funded study by the Department of Defense on cybersecurity export markets. He continues to serve as counsel and board member at SCIT Labs, a spinoff from Mason, as well as a member of the International Cyber Center at Mason. Malawer is also an affiliated faculty member of the National Security Institute in the Antonin Scalia Law School at Mason. He is on the advisory committee of the Hayden Center for Intelligence and International Security in the Schar School and is an associate of the Hayden Center. He is also an affiliated faculty member of the Institute for Digital InnovAtion (IDIA) at Mason.

Malawer served as the director and founder of the Graduate International Transactions Program at Mason  (a master’s program in international affairs). He was subsequently named the Distinguished Service Professor of Law and International Trade, as well as the director of the Oxford Trade Program. This program was held annually in partnership with St. Peter’s College at Oxford and Geneva. The Mason Alumni Association named Malawer the Distinguished Faculty Member of the Year.