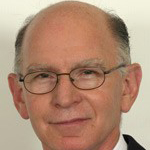 An adjunct faculty member at George Mason University since 2012, Theodore Feifer has spent much of his professional career involved in negotiation or trained practitioners in negotiation.

During his 26-year career as a U.S. Foreign Service Officer, he served in the Middle East, Europe, and Washington, D.C. Specializing in the Arab-Israeli peace process, Feifer participated in the Egypt-Israel Peace Treaty and West Bank-Gaza Autonomy negotiations during the late 1970s, and Israel-Palestinian bilateral talks and the Middle East Multilateral Working Groups in the early 1990s. He also helped establish the Israel-Lebanon Monitoring Group and served in the field as deputy head of the U.S. Delegation during 1996-97. As the U.S. State Department country officer for Cyprus during 1985-87, he participated in the efforts to achieve a Cyrus settlement.

Subsequently, Feifer joined the faculty at the Armed (now Joint) Forces Staff College in Norfolk, Virginia. In addition, he led negotiation and conflict management training programs for the Organization for Security and Cooperation in Europe Secretariat, delegations and missions; civilian and military officers from various countries; military officers and civilian police deploying to United Nations peacekeeping and other international missions; non-governmental organizations; and emerging leaders from the Middle East, Southeastern Europe, Africa, Caucasus, and Central Asia.

A graduate of the National War College in Washington, D.C., Feifer also received both his bachelor’s and master’s degrees in political science from the City College of New York, and his doctoral degree in government and politics from the University of Maryland.