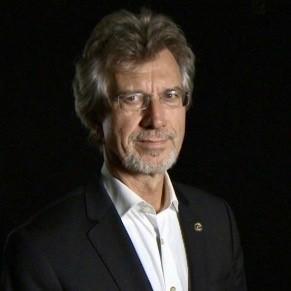 Zoltan J. Acs is Professor Emeritus at the Schar School of Policy and Government. He is co-editor and founder of Small Business Economics, the leading entrepreneurship and small business publication in the world. He is also a visiting professor at Imperial College Business School in London. His career has focused on the link between innovation and entrepreneurship in industries, cities, and worldwide. In May 2010, Acs joined the Office of Advocacy as chief economist. As chief economist, he focuses on small business dynamics and entrepreneurship.

Acs served as chief economic advisor in Advocacy’s Office of Economic Research from 1996 to 1998, has known all of the chief counsels, and has performed important research under contract. Most recently, he was the coauthor of the Advocacy report, High-Impact Firms: Gazelles Revisited (2008), with William Parsons and Spencer Tracy. He also prepared special reports for the White House, the Administrator, congressional committees, congressional hearings and the public, and furnished economic advice and counsel for important governmental action decisions as they affect small business. He has provided many years guiding the development of policy and information on small business across numerous organizations.

Acs helped establish the Max Planck Institute for Economics in Jena, Germany, and was Scholar-in-Residence at the Kauffman Foundation. He has served as Research Fellow at the U.S. Bureau of the Census, Chief Economic Advisor at the U.S. Small Business Administration (SBA), Associate Director of Center for International Business Education and Research (CIBER) at the University of Maryland, Research Fellow at the Science Center Berlin, and Research Associate at the Institute on Western Europe at Columbia University. Professor Acs was the Doris and Robert McCurdy Distinguished Professor of Entrepreneurship and Innovation in the Robert G. Merrick School of Business, University of Baltimore, and has held faculty positions at Middlebury College and The University of Illinois-Springfield.

Acs is a leading advocate of the importance of entrepreneurship for economic development. His policy initiatives take a broad view of public policy encompassing the individual, the economy, international aspects, the region and social policy.

He received the 2001 International Award for Entrepreneurship and Small Business Research, on behalf of The Swedish National Board for Industrial and Technical Development. He has published more than 100 articles and 20 books, including articles in the American Economic Review, Review of Economics and Statistics, Kyklos, Journal of Urban Economics, Economica, Research Policy and Science Policy.

Acs is currently on leave at the London School of Economics.