For example, if we see

Some calculators have a “^” key that allows you to enter in an expression with an exponent directly. In other words, you can key in 3^2= to get 9. See below. 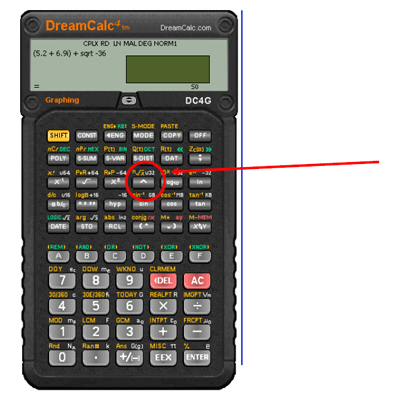 If your calculator does not have a “^” key, then you need to type in the multiplication expression—i.e. for

There are other higher order roots, such as the cube root,

, or the fourth root,

. In these cases, the root is the number that is multiplied by itself 3 or 4 times to get the number under the radical. For example, the cube root of 8,

Take Exponents and Radicals Assessment
Return to the Math Tutorial