The class will consist of:

This Young Scholars Research Program is designed for Elite High School Students and Undergrad Students, who are interested in pursue their study and/or career in the fields of biology or medical science with emphasis on advanced data analytics. You will work with our esteemed GMU faculty members on a specific team project. The team will consist of about 3 to four members of both high school and undergraduate students. The project will be assigned to the students at the beginning of the program based on the preference indicated by the students prior to the program. Two outputs will be expected from each team at the end of the programs: i) a final paper which will be published on the center website (https://cbsp.schar.gmu.edu/) as well as a special issue of the journal (https://onlinelibrary.wiley.com/journal/19484682); and ii) Team presentation at a symposium at which students compete for prizes.

During this program, students will be participating in a research project applying some of the following methods, including but not limited to biostatistics using R or Stata, data visualization using QGIS or ArcGIS, and network visualization using Gephi.

Each participant will lead a project with peers and advanced-level BS and graduate students. Transit students become proficient in research tools and applications and ways to incorporate data analysis into the students’ own biomedical context research projects. The program will provide access for students to work on real data sets and create solutions on real-world issues through professional data science, programming, and statistics apps.

Specifically, the participants will learn:

Our Course Directors Dr. Jim Olds, Dr. Naoru Koizumi, and Project Advisors, Dr. Ali Andalibi, Dr. Megumi Inoue, and Dr. Nadine Kabbani and will lead students to work on the research projects, include but are not limited to:

The final paper will be published on the center website (https://cbsp.schar.gmu.edu/) as well as a special issue of the journal (https://onlinelibrary.wiley.com/journal/19484682) after the Scholarly Peer Review process.

Scholarships: Each winning team member from the National Students Data Analytics and BioMedical Conference will receive a $500 scholarship that can be applied to any advanced-level BioInformatics internship programs at the Schar School during the academic years 2023 and 2024.

About the Course Directors 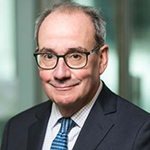 Dr. Jim Olds is University Professor of Neuroscience and Public Policy at George Mason University. He served from 2014-2018 as head of the Biological Sciences Directorate at the U.S. National Science Foundation (NSF), responsible for an annual budget of $750M. Olds’ former directorate funds the majority of non-biomedical research at America’s research institutions. While there, he was also NSF lead for President Obama’s White House BRAIN project, deputy lead for NSF on Vice President Biden’s Cancer Moonshot and co-chaired the White House Life Sciences Subcommittee of the National Science and Technology Council. Prior to his time at NSF, Olds was the Director of George Mason University’s Krasnow Institute for Advanced Study, Chair of the Molecular Neuroscience Department and the Shelley Krasnow University Professor of Molecular Neuroscience. Olds received his Ph.D. in neuroscience from the University of Michigan and his BA in chemistry from Amherst College. 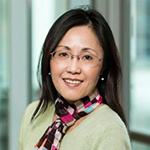 Dr. Naoru Koizumi is Professor of Public Policy and Associate Dean of Research & Grants in the Schar School of Policy and Government at George Mason University. She specializes in medical policies, particularly in the fields of organ transplantation and the end-stage kidney and liver diseases. Her research focuses on the applications of various quantitative methods such as biostatistics, Geographic Information Systems (GIS), simulation and mathematical optimization to analyze various clinical and policy questions related to organ transplantation and other chronic disease treatments. Her projects funded by NIH and NSF include simulations and optimizations of organ allocation (NIH-R21) and bed allocation in a mental health system (NIH-R21 & R01), simulation of slum expansion in India (NSF) and mathematical analysis of illicit kidney trade networks (NSF).

Koizumi completed her first doctoral program in Regional Science from the University of Pennsylvania in 2002. Her second PhD (2005) is in Environmental and Preventive Medicine from Hyogo College of Medicine, Japan. 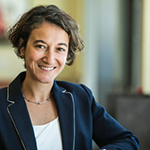 Dr. Nadine Kabbani is an Associate Professor of Systems Biology and the Interdisciplinary Program in Neuroscience. Here research interest centers on discovery of mechanisms underlying brain disease with an emphasis on cholinergic signals in cells. 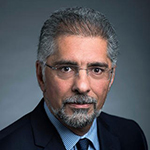 Dr. Ali Andalibi Senior Associate Dean in the College of Science and a Chief Scientific Officer at the Center for Infectious Disease Research. He is a molecular biologist and geneticist by training, with a very broad, multidisciplinary background that includes nearly three decades of research into the genetics and molecular mechanisms of metabolic and inflammatory diseases. 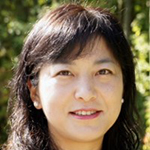 Dr. Megumi Inoue Associate Professor, Department of Social Work, College of Health and Human Sciences. Her research focus is primarily on older adults with declined health who are vulnerable to losing autonomy and dignity. She brings her extensive clinical experience as a social worker and a registered nurse to her understanding of the research field.